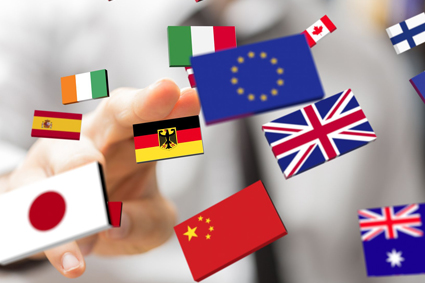 Human rights violations committed by international organisations or by Western states abroad are in many cases a recent development. 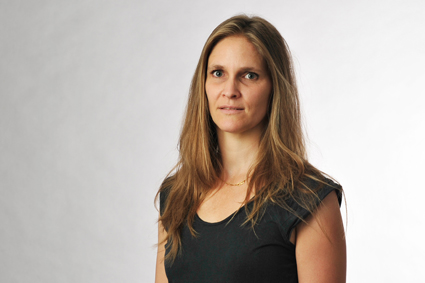 Monika Heupel is studying the ways in which these entities assume responsibility.

Human rights abuses committed by Western democracies and international organisations represent one of Assistant Professor Monika Heupel’s main research topics. Her research shows that, comparatively speaking, these perpetrators do not assume equal responsibility for their violations, and it identifies the sources of such disparities.

They had sex with UN peacekeepers in exchange for food, medicine or a mobile phone: this is what 231 Haitians reported to UN investigators. These reports on human rights abuses committed by UN peacekeeping troops were issued in June 2015. The problem is not new. There have been prior reports of sexual abuse in 1990s Bosnia and later in Cambodia, East Timor and the Congo.

In addition to international organisations, there are also a number of Western states that violate human rights in foreign territories. An example from recent memory is the NSA scandal: the American intelligence agency and its partners’ surveillance of countless Spanish, French, Dutch and German citizens, among others, is a clear breach of privacy protection.

These two kinds of human rights violations by international organisations or Western states acting abroad are in many cases a recent development. This is because human rights violations have traditionally been committed by states acting within their own territories – more typical examples being Iran’s persecution of religious minorities, the USA’s use of capital punishment or China’s restrictions on freedom of the press.

Dr. Monika Heupel, assistant professor of political science at the University of Bamberg, is well aware of the rise of these new forms of abuse: “Extraterritorial human rights abuses committed by Western democracies are not a fringe occurrence. What’s more, international organisations have also become perpetrators of human rights abuse.” However, what has remained largely unknown is whether and to what extent these international organisations and Western states have assumed responsibility for their actions. This is exactly the question that the assistant professor for international and European politics is addressing in her research.

In order to both illustrate the differences between various international organisations’ handling of human rights abuse and to uncover the causes of these actions, Monika Heupel and her colleagues set about analysing ten case studies. Heupel says the results show that “there’s a growing trend towards international organisations increasingly acknowledging their responsibility to protect human rights. In contrast, many Western democracies remain hesitant to establish processes that would safeguard against their own violation of human rights.”

In a project on international organisations’ human rights responsibilities, four case studies deal with UN and NATO peacekeeping missions, four others are focused on UN and EU sanction policy and two studies deal with World Bank and IMF lending. These cases cover various policy instruments from a range of policy areas.

Human rights protection methods include things like prevention processes and appeals procedures. One example of this is the World Bank. The specialised UN agency, and the most important international financial organisation active in development policy, established social and environmental standards in the 1970s and 80s. These were put in place to protect things like indigenous peoples’ rights in the face of forced resettlement. In the 1990s, the World Bank also established an internal appeals authority that investigates complaints filed against the organisation’s activities. Even further-reaching appeals options are available in the EU via the European Court of Justice (ECJ), which makes it possible for individuals subject to EU sanctions to review the legitimacy of such processes.

Even though these options exist, their use varies widely, and so too do their chances of success. Heupel’s study explains the reasons for this: several factors like public scandalisation move the perpetrators of human rights abuses to become active and to develop countervailing measures. Various combinations of factors may act as catalysts, and one such mechanism is public scandalisation of legal offences initiated by actors like non-governmental organisations. This is why, since the early 2000s, massive public pressure on the UN has moved the organisation to develop reform proposals. Additionally, governments and parliaments have also created their own incentives, and a decisive impetus can further be provided by courts and their rulings. Lastly, preventive action can be taken based on internal reflection and learning processes.

Due to the fact that these combinations have been counteracted by strategies and mechanisms employed by Western democracies, they have been more influential in effecting change in international organisations. By way of certain incentives, governments that should arguably share an interest in protecting human rights for their citizens and territories have in fact made themselves complicit in the abuse of these same rights. Moreover, their attempts to neutralise the authority of the courts have meant that affected parties’ access to national, foreign and international courts has been greatly hindered. This explains why Western democracies have acted so reluctantly.

Heupel would like to continue her research in this field by focusing on the investigation of Western democracies’ extraterritorial human rights violations. For, as she states, “In a number of cases dealing with Western democracies, there is evidence of at least a small degree of positive development towards extraterritorial human rights protection.”