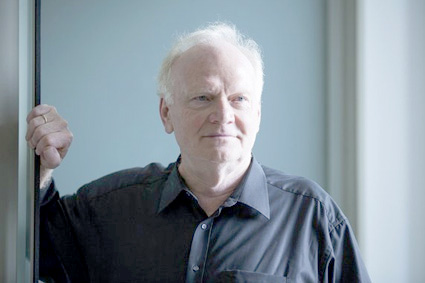 In Remembrance of Ulrich Beck

News of Ulrich Beck’s passing travelled quickly through the German and international press. Beck died of a heart attack on 1 January 2015. He was 70 years old. The former chair of Bamberg’s department of Sociological Theory (Soziologie II) was not only an outstanding scholar; he was also a central figure in the development of Bamberg’s sociology programme.

In his own obituary for Beck, the well-known British sociologist Sir Anthony Giddens, a member of the British House of Lords and former director of the London School of Economics, characterised him as “one of the greatest contemporary sociologists.” Bruno Latour, the French philosopher and sociologist (Institut d’études politiques in Paris), wrote in the Süddeutsche Zeitung, “Europe has lost the thinker who gave Europe its weightiest influence.”

As early as the mid-1990s, Ulrich Beck was a much sought-after international lecturer and visiting professor. Among other places, he was a visiting professor in Cardiff (Wales), at Harvard, the London School of Economics and Political Sciences (LSE) and the Foundation Maison des Sciences de l’Home (FMSH) in Paris. He received eight honorary doctoral degrees.

Establishment of the “Bamberg Model”

As a professor of sociology, Beck taught at the University of Münster before moving to the University of Bamberg to chair the department of Sociological Theory (Soziologie II) from 1981 to 1992. When we think of Ulrich Beck, we Bamberg sociologists remember not only his outstanding academic achievements – achievements too numerous and significant to properly acknowledge here – we remember a colleague. We were able to convince him of the conceptual design of the Bamberg Model of sociology studies and bring him to Bamberg where his teaching – particularly in the field of sociological theory – became an integral part of this unique degree programme.

Like us, he was convinced that the Bamberg Model – a professionally-oriented programme in which empirical sociology, specific sociological subfields, methods and theory, in combination with economics, law and other neighbouring disciplines, are all integrated – would continue to define the future of sociological education. His in-depth lectures and seminars on the subject of sociological theory presented not only the classical foundations of the field, but also incorporated the work of notable representatives of contemporary sociological theory.

It was only occasionally that we got a glimpse of the autonomous theory that he had quietly begun working on some years after his appointment in Bamberg. However, in discussion, he continued to express in ever more explicit terms his criticism of sociological research and theory overly focused on scholars’ own national societies. According to his critique, the scope of sociological thought too rarely transcended national borders.

He argued the case for a brand of sociology whose approach to enquiry, objects of investigation and explanations, would seek to overcome the national parameters of social, political and cultural thought. But nonetheless, we remained unaware that he had independently and assiduously been working to forge a theoretical counter model.

It was only in hindsight that we were able to observe and recognise that it was during his time in Bamberg that he had written the books that would make him world famous in subsequent years. His book Risk Society was published in 1986, and Ecological Politics in an Age of Risk and The Normal Chaos of Love (written with his wife Elisabeth Beck-Gernsheim) followed in 1988 and 1990, respectively.

In Germany, Beck was already an esteemed scholar in the fields of social inequality and labour market research, but it was Risk Society – which has since been translated into over 30 languages – that catapulted him to fame. During his years in Bamberg, he coined terms and developed concepts like risk society, globalisation and individualisation as signifiers for an autonomous sociological theory that aimed to explain global development processes in modern societies. In modern German and international sociological discourse, these terms remain inextricably linked with the name Ulrich Beck.

As a pioneer and admonisher, he also coined terms which characterised contemporary political change and the general zeitgeist (the end of modernity, uncontrollability of modern technology, dissolution of boundaries, non-compensability) and that resonated broadly throughout the spheres of German and European politics.

Europe Itself as a Research Focus

Following the professorial appointment and subsequent return to his home university in Munich, Beck continued to expand his research activities to include his advanced concept of reflexive modernisation and the analysis of globalisation in the world risk society (The Reinvention of Politics, 1993; What is Globalization?, 1997; World at Risk, 2007). Beck also introduced the notion of a second modernity which he employed in describing the structure and effect of global risks that are ever more withdrawn from the sphere of human control.

This second modernity, in which members of society live increasingly individualised lives, is fraught with incalculable risk. These were the years in which Beck’s research was primarily focused on results and consequences stemming from modern societies’ changing economic, political and cultural structures. And so, Europe as a whole occupied the core interest of his work. He identified undesirable tendencies and risks of European development that were also attracting attention from those in positions of political responsibility, and he was eventually appointed by Chancellor Angela Merkel to the Ethics Commission on a Safe Energy Supply.

Inextricably Linked with Sociology in Bamberg

So it is on this sombre occasion that we look back on the many facets of Ulrich Beck’s broad scientific, intellectual and socially and culturally critical body of work; but for us, he will always be remembered as a colleague and comrade in the development and expansion of Bamberg’s sociology degree programmes and research activities.

He was a genial, candid colleague who was always ready to engage in impassioned discussion and debate, and who was mindful of others’ (contrary) opinions, assessments and arguments. And as a professor and teacher, he was also someone who could inspire his students and awaken their enthusiasm for the subject. The community of German sociologists has lost a scholar of international regard, and we have lost a colleague with whose name sociology at the University of Bamberg will remain forever linked.