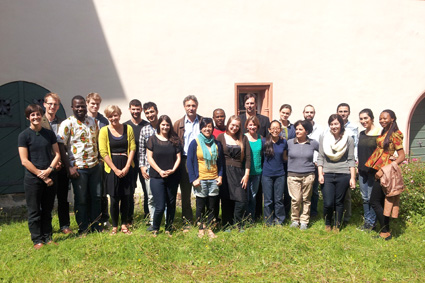 Students from around the world explored linguistic topics together from 30 June to 11 July. (photo: department of General Linguistics) 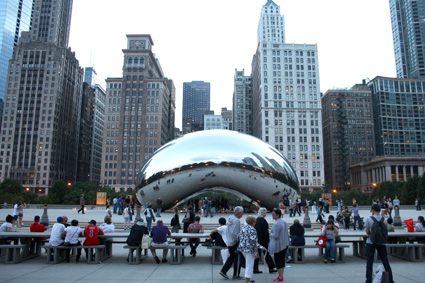 The philosophical summer school has been a hit among students since 2012. (photo: Vanessa Starke) 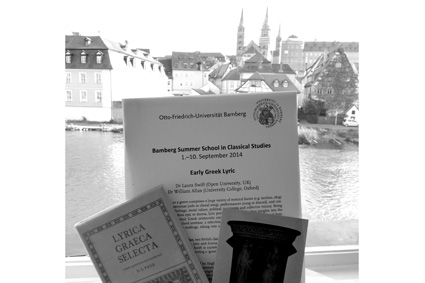 The University of Bamberg’s 2014 Summer Schools

Sitting in a classroom during summer break? It’s not what most students think of when sunny, warm weather arrives, but this year the University of Bamberg is offering six summer school programmes that might make you change your plans.

This year’s summer school programmes will get both students and instructors talking about topics like language, poetry, philosophy, archaeology and German culture. And what’s more, these offerings are all rounded out by entertaining and informative cultural events.

In the company of linguists

The Documentary Linguistics and Variationist Sociolinguistics summer school was held from 30 June through 11 July. “There were student participants from around the globe”, boasts a clearly pleased Hanna Thiele, the programme coordinator from the department of General Linguistics. The main focus for participating linguists and language buffs was placed on the methodology used for documenting endangered languages, and on how things like social factors can explain linguistic variation.

Walt Whitman, one of the most influential American poets of the 19th century, is the subject of the 7th International Walt Whitman Week. For the first time, this event will be held in Bamberg from July 21 to 26. As Prof. Christine Gerhardt, summer school coordinator and chair of the department of American Literature and Culture, explains, “His poetry is very democratic, physical and nature-oriented, and it speaks to the regular people on the street.” Together with 13 international scholars, 40 students from nine countries will analyse Whitman’s work. In conjunction with the Whitman Week events, the university’s English Drama Group will perform a play featuring Whitman’s poetry on 25 July in the historic Vogelsaal of Bamberg’s Natural History Museum.

The Individuals and Indeterminacy summer school, which will take place from 28 July to 8 August, is aimed at providing a forum for intellectual exchange in the fields of philosophy, mathematics and linguistics. Particular emphasis will be placed on the philosophical disciplines in contemporary ontology and metaphysics. As philosophy student and co-coordinator Vanessa Starke explains, it was the philosophy students who originally got the ball rolling: “In 2012, a summer school programme was initiated by students and was very well received.” This year, 20 people have signed up to participate. In addition to expert philosophical discussions in English, sightseeing tours in and around Bamberg are also part of this year’s events.

Take a trip back in time

The 1st Archaeological Summer Academy, which runs from 29 to 31 August and is presented by the department of Medieval and Post Medieval Archaeology, will offer participants a first-hand look at what it means to work in the field of archaeology. “We’re already fully booked”, says the excavation engineer and seminar instructor Britta Ziegler. The academy is aimed at laypersons, community volunteers and local school students. Participants will learn about the methodology of excavation and documentation, and they will also be able to try out various instruments and to examine and identify discovered pottery and bone fragments. Further information can be found here.

An advanced linguistic approach to German forms of sociality

Be it sharing a meal, visiting a pub or joining hundreds of others at a traditional German celebration, the 36th International Summer University is dedicating itself to sociality and festivity. In line with this year’s moto, “Shared sensual delights: concepts of social interaction in literature, art and culture”, international students and teachers of German will use literature as their passport to exploring the myriad forms of social interaction and revelry. This multifaceted programme includes language courses, workshops, a theatre course and various excursions. Further information can be found here.

Prof. Sabine Vogt of the Institute for Classical Philology is directing the first Bamberger Summer School in Classical Studies from 1 to 10 September. The theme of the programme is “Early Greek Lyric.” Participation is open to poetry-minded students from all over Germany who are proficient in Ancient Greek and English. Prof. Vogt points out that early Greek lyric poetry addresses a broad spectrum of themes like the emotions and thoughts of the lyrical narrator, “But,” she adds, “it also deals with the question of the meaning of life.”