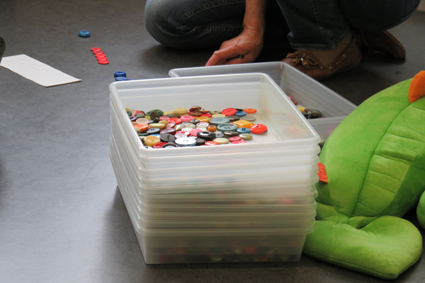 In the so-called “basic level,” children between 4 and 8 years of age are taught together. This means that university teaching programmes are also structured differently than in Germany. (Foto: Marianne Schüpbach/Universität Bamberg) 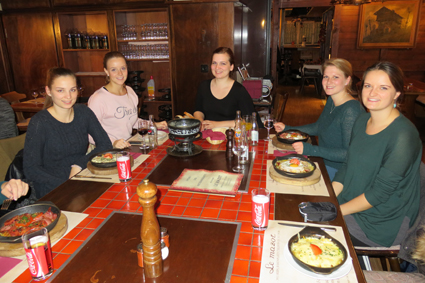 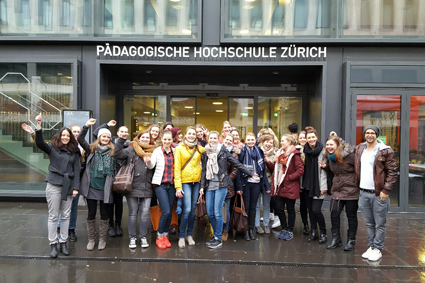 To Each Country its Own – School Systems Included

With the goal of becoming acquainted with new possibilities for structuring children’s transition from kindergarten to primary school, students of primary school education participated in a study trip to Switzerland that provided ample opportunity for educational and intercultural exchange.

Grüezi, grüessech and guten Tag! At the end of 2015, 23 University of Bamberg students of primary school education and Prof. Marianne Schüpbach, chair of the department of primary school education and teaching, were welcomed to Switzerland by these melodic Alpine greetings. The field trip was part of a seminar on school entry models. The excursion was meant to use the Swiss example to make students more fully aware of the various school entry models being employed in other European countries. The idea being that by experiencing these models at work, students would be better equipped to assess the pros, cons and consequences of the different systems.

In Germany, entry into primary education is marked by pupils’ transition from kindergarten to the Grundschule, or primary school. But as Marianne Schüpbach points out, “This strict dichotomy is not a fixed element of all European educational systems.” In some Swiss cantons, mixed-age classes provide children with a flexible transition into their school careers. By sitting it at two schools, the participants from Bamberg were able to observe various models first-hand.

At the first school the group visited, the Schule Köniz-Buchsee in Bern, a “basic level” system which combines kindergarten and the first and second primary school forms is the established model. In this system, children ranging from four to eight years of age are taught together. “You can get a concrete idea of how one child can independently be working on a dictation exercise while another is busy colouring a picture,” says participant Anna Ploner. “In this way, the basic level model has the advantage of creating an educational environment which provides children with activities and assignments appropriate to their individual stages of development,” adds Prof. Schüpbach. “What this means is that the transition from playful activities to task-oriented learning is a fluid development.”

Learning together, teaching one another

“Based on these kinds of positive experiences, German schools have begun launching efforts to create greater variation in children’s entry into the school system,” says Marianne Schüpbach. She points to a number of Bavarian primary schools that have introduced a flexible entry phase in which first and second form students are taught together. These innovations were among the main factors that prompted the professor to organise the study trip. “This seamless transition into the primary level is going to be a long-term topic here in Germany, so I wanted to use an educational system that is already employing a more flexible transitional phase to introduce students to practical alternatives and conceptual possibilities.”

The students from Bamberg also learned about the impact that these kinds of school models are having on Swiss teaching degree programmes during a visit to the Zurich University of Teacher Education (PH Zurich). For some years, students at the PH Zurich have had the option of enrolling in a degree programme that is focused specifically on kindergarten and entry-level primary schooling. Over the course of three years, students earn a nationally recognised teaching degree for kindergarten and the first three primary school forms. However, it wasn’t only the group of Bamberg students who became acquainted with the Swiss school entry models. They also came prepared with informational posters and presentations and introduced the PH Zurich students to tried and tested entry models from the German educational system.

Further cooperation in the works

To date, the international focus exemplified by the trip is unique to Bamberg’s primary school education programme. For this reason, there are plans to increase cooperative efforts with the PH Zurich. “The students at both universities benefited greatly from the exchange of insights concerning previously unfamiliar school models and we’re planning on continuing cooperation in order to expand internationalisation within Bamberg’s teaching programmes,” says Marianne Schüpbach.

The fact that enjoying local delicacies, a tour of the city of Bern and arrangements for participants to live with PH Zurich students during their stay all promoted a heightened level of intercultural exchange was for participant Anna Ploner an added bonus: “I would recommend this excursion to any prospective student of primary school education. We returned home with so many new impressions and amazing experiences.”