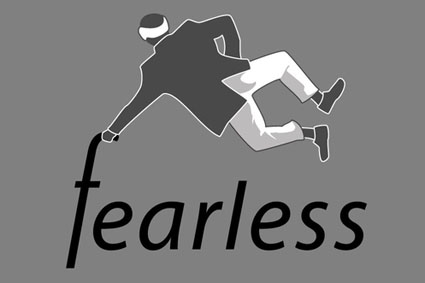 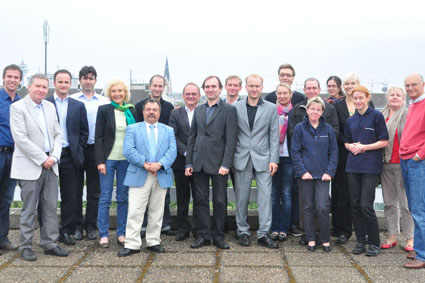 We live in an ageing society, but we continue to be confronted with the challenge of how less and less young people will care for the ever increasing numbers of the elderly. Psychologists from the University of Bamberg are contributing to a solution with their work on a project known as FEARLESS.

She’s a typical elderly German: she is 75 years old, has been living alone for five years, is no longer so sure on her feet – and is afraid of falling. “This is older people’s greatest fear,” explains Dr. Claus-Christian Carbon, professor and chair for general psychology. “It’s the fear of a fall, or of not being able to call for help in an emergency and then not being found.”

This is the reason that he and his team are participating in the joint research project called FEARLESS. The name stands for “Fear Elimination as Resolution for Loosing Elderly’s Substantial Sorrows,” and the idea that the focused and prudent application of technology can minimize fear and anxiety among the elderly is at the core of the project. By reducing fear, the project will in turn improve elderly persons’ wellbeing, mobility and ability to remain socially active.

In order to accomplish the project‘s goals, the research team has devoted itself to the creation of an intelligent home emergency alert system aimed at enabling seniors to live independently in their own homes for as long as possible. Unlike conventional emergency alert systems that are triggered by a so-called panic button, the FEARLESS system relies on a series of sensors that are installed in the home and that automatically recognize exceptional and dangerous situations.

Identifying these critical situations was the task with which the Bamberg team was charged. With support from 9 additional partners in the fields of medicine, technology and nursing and elderly care provision, they completed two extensive surveys of 259 elderly people and 215 care providers from Germany, Austria, Spain and Italy.  They concluded that, despite the different nationalities of those surveyed, all expressed common concern about one thing; falling or suffering a heart attack while alone.

This information, coupled with data collected from care providers and the team’s expertise in psychology, has provided researchers with a framework for the design of the new system: It should be affordable for elderly people; it should be relatively easy to integrate into existing homes; it should be simple enough as not to require specialized training of emergency care responders; and the system’s technology should be discrete enough to not be perceived as an intrusion into the privacy of those persons it monitors.

As the name of the project suggests, monitoring the physical wellbeing of elderly people living alone is only part of what makes this new system valuable. It is of course also meant to relieve elderly persons’ anxiety and worry – and this is why Bamberg’s team of psychologists is so valuable. Professor Carbon points out that, due to fear that persists with conventional alert systems, many older people choose to limit their physical activities, a decision which often leads to more rapid deterioration of health and physical faculties – which in turn increases the likelihood of a fall, and can lead to increased social isolation. The FEARLESS system, on the other hand, will likely help to encourage users to stay active without fear of serious consequences, and could change the way that society at large thinks about elderly care.

Please click on the following link for more detailed information on this project: www.fearless-project.eu

This press release was written by Katja Hirnickel for the University of Bamberg’s press office. It may be used without restriction for journalistic purposes.