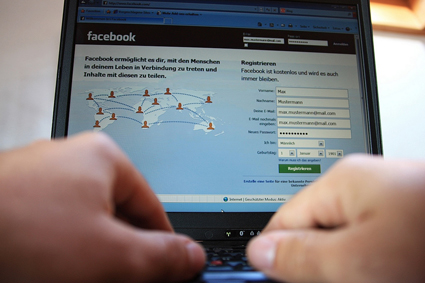 Facebook-Friends: The cause of stress

With the growing number of friends on Facebook, users are increasingly being drawn into the lives and problems of their Facebook acquaintances, which can be a serious trigger of stress. This conclusion was reached in a study conducted by business information specialists at the universities of Bamberg and Frankfurt am Main.

The study was conducted by Christian Maier, Dr. Sven Laumer und Prof. Dr. Tim Weitzel from the University of Bamberg’s department of Business Information Systems – Information Systems in the Service Sector, as well as by Dr. Andreas Eckhardt from the Unversity of Frankfurt. Within this study, interviews were conducted with members of the social network Facebook. 571 of these users were then questioned along the lines of an empirical survey about the challenges confronting Facebook users.

According to the interviews, social networking sites prompt users to feel the need to tend to their online friends more than wanted. The interviewees reported cases in which online friends often use the social networking atmosphere to receive condolences or distractions when times get tough, for instance following the death of a family member or a rough break-up. After receiving such information the Facebook users feel they are socially responsible to react to these posts, but the study reveals that the large numbers of such posts simply exceeds the amount of support the users are ready and willing to give.

The results of the empirical study show that this social overload is experienced especially by those that spend a large amount of time on Facebook and that have a large number of online friends. However, in the real, offline world, users have little to no contact with these friends. A further decisive factor for the perception of social responsibility is the users’ perception that their online-friends expect a response to their negative and personal posts. If it comes to an overload, consequences are unavoidable: “Because of this overload, the users become stressed and unhappy to the point that they are reducing their time spent on Facebook or avoiding it completely,” explains Christian Maier, head of the study.

But isn’t Facebook supposed to promote social contact in a positive way? “In particular, these social aspects that arise when such an emphasis is placed on technology can lead to less people using these sites, because they feel socially overloaded. For this reason, social networking operators need to find a balance between the amount of users and usage intensity,“ states Dr. Sven Laumer, project leader. This can be achieved by, for instance, granular message filtering systems. After all, Facebook-stress is less a technical issue for the social-media platform itself, and more an issue of controlling the flow of information into one’s own social life.

The results of this study were published in one of the most important international business information systems journals: In March 2014, the article Giving too much social support: social overload on social networking sites by Christian Maier, Dr. Sven Laumer, Dr. Andreas Eckhardt und Prof. Dr. Tim Weitzel appeared in the European Journal of Information Systems.