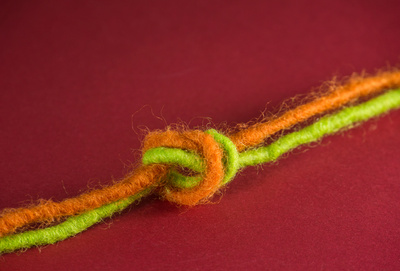 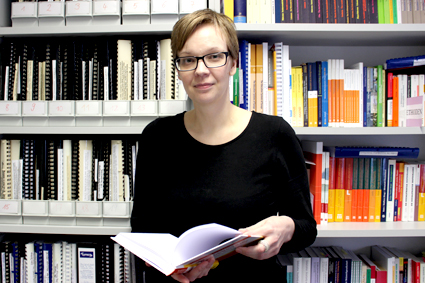 The sociologist Sandra Buchholz explores the German vocational education system and its shortcomings.

Does Dual Education Live up to its Reputation?

Germany’s vocational education system enjoys an outstanding international reputation: Thanks to its dual structure, which combines theory with practical training, it succeeds in educating highly qualified personnel. Young people therefore face far fewer difficulties in the labour market than their counterparts elsewhere in Europe. However, as Prof. Sandra Buchholz of the chair of Sociology 1 acknowledges, “The system does have some rough edges.”

“Internationally speaking, the German vocational education system is a blockbuster,” points out Prof. Sandra Buchholz. Its dual structure provides a close linkage of both theory and practical expertise. “It produces exceptionally qualified, widely experienced personnel.” In this way, the German system is superior to models found in many other countries, and indeed many European countries’ programmes are predominantly theoretical in nature. In the USA, vocational training is a purely “on the job” affair. The result? “Employees are not widely experienced and their skills are not often transferable to other business’s operational procedures.”

The German vocational education system is immune to crisis

The German vocational education system has proven itself to be impressively immune to crisis. “Particularly in Southern Europe, the economic crisis has led to an immense rise in unemployment—especially among young people,” says Buchholz. She points to Spain – a country with a youth unemployment rate of over 50 percent – as an example. But this is not the case in Germany. “The reason is our tremendously strong vocational education programme,” explains Buchholz. On the one hand, vocational training and apprenticeships represent a kind of trial period. “Employers see whether or not the trainee is punctual, committed and reliable. This leads to “adhesion,” and to permanent employment agreements.” On the other hand, the German system features a high level of standardisation and certification. “A person who completes a mechanical engineering apprenticeship at Bosch here in Bamberg receives a certificate of qualification that sends a clear signal,” says Buchholz. It is easy for employers at other sites or even in other companies to look at the credentials and assess what that applicant has learned. This means less uncertainty. And as soon as an employee is hired on a permanent basis, German law provides for comprehensive protection against unfair dismissal – as opposed to open labour markets with their hire and fire policies.

“Professional qualification only for the young”

“The German vocational education system does however have its weaknesses,” admits Buchholz. One of these is its strong alignment with youth: “Professional qualification takes place in young adulthood. After that, it’s followed only by occupational immersion.” In practice, this means that “you have to rely on what you learned at a young age.” Sure, a warehouse worker could get a forklift licence, or a secretary could expand his or her computer knowledge in in-house courses, but what about a 40-year-old pursuing a professional qualification? It’s hardly conceivable. Buchholz sums up the problem thusly: “The continuing education system in Germany does not provide complete professional qualifications.”

There is a very high level of dismissal protection in Germany, and flexibility, according to Buchholz, can therefor only be attained “through the back door.” One example is temporary employment contracts. These allow for a kind of “dismissal in instalments.” “There is also a long tradition of early retirement in Germany,” explains the professor, who analysed flexibilisation of labour market entry and exit processes in her dissertation. Historically, corresponding regulations promoted such a model: until recent years, those over 57 years of age were entitled to receive up to 32 months of unemployment compensation. This made retirement possible at the early age of 60.

No professional training for low-achieving youth?

Professor Buchholz illustrates a further point of criticism of the German vocational education system, stating, “For years, a certain percent of young people has been systematically excluded from the German labour market.” The claim is that these youngsters’ cognitive abilities are so low as to render their successful integration into vocational education programmes impossible. And this despite employers’ claims that apprenticeship positions go unfilled each year. “But are these kids really ineducable?” asks Buchholz, cutting straight to the central question that she, with Prof. Hans-Peter Blossfeld (whom she replaced as chair of Sociology 1 in 2012) and a team of Swiss researchers, has sought to answer in a longitudinal study.

The answer: apparently not. In Switzerland, where a dual vocational education model is also the norm, even so-called low-achieving youngsters successfully complete apprenticeships and vocational training programmes. “On the one hand, the Swiss labour market is relatively empty compared with its German counterpart,” explains Buchholz. For this reason, employers cannot afford to pass on a percentage of available trainees. On the other hand, large concerns dominate the vocational training market in Germany – as opposed to Switzerland, where small-scale and micro-enterprises are most common. Additionally, the Swiss are less selective in the application process and also less concerned with credentials and formal educational achievements. “Consequently, limited cognitive ability is not an absolute but merely a relative criterion for exclusion,” summarises Buchholz.

“Why do life courses unfold in one way and not another?”

Buchholz’ pet passions – even since her first semester of study – have been life course research and internationally comparative social inequality studies. “When I was just beginning my studies in sociology, I had a real desire to delve into the theories. However, in the lecture on social structure analysis, one thing quickly became apparent: it’s fascinating to examine why social inequality exists and why German life courses unfold in a particular way and not another. Even in the first week, I knew that this was my interest.” Today, it is Buchholz who is giving lectures on social structure analysis. “There is an understanding that I seek to establish among my students: what are life courses? What is normal? And is that which is considered an anomaly truly anomalous, or is it something that is commonplace in other countries?” Professor Buchholz has twice been awarded her faculty’s prize for excellent teaching.